Mark the letter A, B, C, or D on your answer sheet to indicate the word(s) OPPOSITE in meaning to the underlined word(s) in each of the following question.

Question 1: The mountainous region of the country is thinly populated. It has only 300 inhabitants.

Question 2: Josh may get into hot water when driving at full speed after drinking.

Mark the letter A, B, C, or D on your answer sheet to indicate the sentence that is closest in meaning to each of the following question.

Question 3: This company’s new products have tripled its profits in only one year.

A. The company has greatly increased the number of new products.

B. The company has increased its profits 100 percent.

C. The company’s profits are three times higher this year than last year.

D. The company has had an unprofitable year.

Question 4: Viet Nam carried out an intensive training program for its athletes, but the results were not as high as expected.

A. There is no expectation for Vietnamese athletes to win due to lack of training.

B. Whereas Vietnamese athletes were intensively trained, their performance was below expectation.

C. Vietnamese athletes were intensively trained carefully, and they won all the matches.

D. It might not be possible for Vietnamese athletes to get good results because their training was not careful.

Question 5: Though he had known about it well in advance, he pretended to be surprised at having a birthday party.

A. He acted surprised about being given a birthday party, but he had known about it a long time before

B. Despite only pretending to be surprised at the birthday party, he had actually been completely unaware of it.

C. He knew about the birthday party a long time before, yet he wasn’t pretending when he acted surprised.

D. He was quite surprised at their throwing him a birthday party, though he could have found out it well before.

Mark the letter A, B, C, or D on your answer sheet to indicate the sentence that best combines each pair of sentences in the following questions.

A. Smallpox is a dangerous disease, and so is malaria.

B. Malaria is a dangerous disease, but smallpox is not.

C. Neither smallpox nor malaria is a dangerous disease.

D. Either smallpox or malaria is a dangerous disease.

A. Protecting the chickens from wolves, the dogs watch the chicken coop from them.

B. They protect the chickens from wolves as the dogs watch the chicken coop.

C. The dogs watch the chicken coop to protect the chickens from wolves.

D. Watching the chicken coop because the dogs protect chickens from wolves.

Read the following pasage and mark the letter A, B, C or D on your answer sheet to indicate the correct answer to each of the questions

Any list of the greatest thinkers in history contains the name of the brilliant physicist Albert Einstein. His theories of relativity led to entirely new ways of thinking about time, space, matter, energy, and gravity. Einstein’s work led to such scientific advances as the control of atomic energy, even television as a practical application of Einstein’s work.

In 1902 Einstein became an examiner in the Swiss patent office at Bern. In 1905, at age 26, he published the first of five major research papers. The first one provided a theory explaining Brownian movement, the zig-zag motion of microscopic particles in suspension. The second paper laid the foundation for the photon, or quantum, theory of light. In it he proposed that light is composed of separate packets of energy, called quanta or photons, that have some of the properties of particles and some of the properties of waves. A third paper contained the “special theory of relativity” which showed that time and motion are relative to the observer, if the speed of light is constant and the natural laws are the same everywhere in the universe. The fourth paper was a mathematical addition to the special theory of relativity. Here Einstein presented his famous formula, E = m(cc), known as the energy mass equivalence. In 1916, Einstein published his general theory of relativity. In it he proposed that gravity is not a force, but a curve in the space-time continuum, created by the presence of mass.

Einstein spoke out frequently against nationalism, the exalting of one nation above all others. He opposed war and violence and supported Zionism, the movement to establish a Jewish homeland in Palestine. When the Nazis came to power in 1933, they denounced his ideas. He then moved to the United States. In 1939 Einstein learned that two German chemists had split the uranium atom. Einstein wrote to President Franklind. Roosevelt warning him that this scientific knowledge could lead to Germany developing an atomic bomb. He suggested the United States begin its own atomic bomb research.

Question 8: According to the passage l, Einstein’s primary work was in the area o
f

Question 9: Which of the following inventions is mentioned in the passage as a practical application of Einstein’s discoveries?

Question 10: According to the passage, Einstein supported all of the following except

B. the establishment of a Jewish homeland in Palestine

D. the defeat of the Nazis

Question 11: According to the passage in which country did Einstein live in 1930s?

A. Switzerland B. the United States C. Germany D. Israel

Question 12: The word “exalting” in the passage is closest in meaning to

Question 13: It is clear from the tone of the passage that the author feels

A. Einstein’s work in physics was somewhat tarnished by his conservative political views.

B. Einstein’s work in physics, though theoretically impressive, led to few practical applications.

C. Albert Einstein was one of the most brilliant thinkers in history.

Question 14: According to Einstein, light is composed of separate packets of energy called

Mark the letter A, B, C or D on your answer sheet to indicate the correct answer to each of ther following questions.

See more articles in the category: Wiki
Tweet Pin It 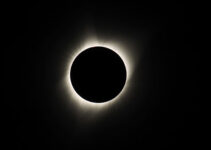